What can you learn about improving your writing from an egg? Stay tuned and find out. Okay, here’s the question. How are we dark horses? You know, the ones everyone is betting against the ones they don’t expect to win place or even show on the track. And they’ll even laugh on us when we talk about trying. How do we show the world our greatness and triumph? Come on? Well, that’s the question, and this podcast will give you the answers. This is the Dark Horse entrepreneur. My name is Tracy Brinkmann. What is up? What is up my dark horse, friends and family. Welcome back to your weekly dose of improving your message learning. I’m your Darkhorse host Tracy Brinkmann and you will that my friend is infinitely more important. You are driven entrepreneur, or one in the making. Either way, you’re here because you’re ready to start restart kickstart just start leveling up some great marketing, personal or business results in order to build that beautiful business of yours into the Empire. It absolutely deserves to be Whoo hoo hoo is all I got to say another big episode today. Today, retired Air Force Colonel Carla bass shares the importance of writing succinctly and powerfully, as well as telling us what we can learn about writing from an egg plus, and we’ll let you in a next week’s interview episode who believes that we are all individuals. And as those individuals, we can break our bad habits as well as our limiting beliefs. Now, before we get off into this great information for today, I want to make sure you are getting value, you’re getting value from these podcast episodes already. And if you are going to go on down there, and maybe you’re not even just getting the value from me, you’re getting it just from the guests, the amazing guests, I’m able to bring on to the show and lucky enough to share with you. So again, if you’re getting any value from this podcast, please go on down there and smash that subscribe button. While you’re down there. Drop us a five star rating and leave us some kind words in the reviews right? These subscribes, ratings and reviews, they tell the podcast platform algorithms to give us a little kick in the pants up in the rankings a little bit so that we can reach more driven entrepreneurs just like yourself. So please, if you’re getting value, take a moment show the love and help Let’s spread the word about the Dark Horse entrepreneur. And as per usual, the Dark Horse corrals are chock full of personal business and marketing g o LD spilling from every corner of the Dark Horse HQ. So let’s get to the starting gates and go alrighty my dark horse friends and family. I am honored to have retired colonel Karla de bass in the house. Karla served 30 years in the US Air Force retiring as a colonel as I mentioned, one of the few women of her generation to reach that rank. Now since retiring she’s been working for the for a federal agency in Washington DC. Now central to Carlos success was the ability to write powerfully throughout her career she authored hundreds of products probably probably far more than hundreds of products I would imagine, that were sent to the White House, Congress, ambassadors and generals, she can post hundreds of personnel reviews, Award nominations, budget justifications and other executive level correspondence. Now, each required communicating was focused precision. Now upon retirement, Carla authored a multiple award winning book right to influence now it’s in its second edition. Now she did this to share her proven writing methodology with the world. Not today. She teaches the craft of persuasive communication, enabling her clients, corporations, businesses, NGOs, government and academia to achieve goals through the power of persuasive writing. Her training is available via several venues, webinars, workshops, private coaching, and her masterclass. And we’re going to get Carly to share some details on that before we let her go today. But first, Carla, I want to welcome you to the Dark Horse entrepreneur. Thank you so much. just delighted to be with you and your listening audience today. Absolutely. We’re glad to have you. Well, first off being a third generation military man, I have to say thank you for your service, especially what 30 years. Yeah, yes. 30 years you were in there?

I think, killer advice, absolutely. I’m over here taking notes. As you’re as you’re sharing this information. But here’s a here’s a question. And this comes from a pet peeve of mine. What I’ve seen, begin to really permeate the email arena is someone gets an email, and they’re like, Oh, I know who needs to answer this. They forward it and they say, your thoughts. And then so basically, what they’re saying is go read all this stuff down below here and tell me your thoughts. They don’t even ask a question. Yeah. Okay. That’s, that’s, you know, it’s, it’s, it’s, it’s ill considered, I mean, the person’s not being bad, but it’s not. It’s not a very polite thing to do. It could have been handled a hole that you need to help the reader to help you. Sure. Absolutely. Even if you just give them like you were saying

If you followed your advice in this scenario I just gave, you know, they could start with saying, Hey, here’s my question. Here’s a brief bit of context. If you need more info, check the email train below. So now they’re you’ve, you’ve, you’ve brought me into the world, I understand what you’re trying to get from me. And if I need more information, I know where to get it. Exactly, exactly. So I know you have and I want to be mindful of your time. And I appreciate you coming on and hanging out with us. I know you have probably, and you’ve mentioned a few times, the books in its second edition, and you have some workshops, and some other opportunities for potentially my listeners to learn how to write better, certainly, I want to check out word sculpting, where should we be sending them to? First of all, given the very difficult situation in which we all find ourselves because of this COVID-19 environment, I just finished and it’s on my website, I now have available three, free three free ebooks to help people. The first one is called, I branded it similar to right to influence. The first one is called right to win exclamation point, a standout resume. The second is right to win exclamation point, input to performance reviews, that’s also a very difficult thing for people, when the boss comes and says, sigh it’s time for me to write your performance review, give me some input that’s always off putting. So that’s my second free ebook. And then the third one is rights to win exclamation point, Grant submission. So all of those are on my webpage, www right to influence.net. And they’re brand spanking new. And I did it is as my way to outreach to all of those folks out there who have been impacted because of the employment situation resulting from COVID. And all of my other my other means of popping are on the website. So people can schedule me to give webinars, there’s a whole series of subjects that I talked to, I can also tailor to the individual’s needs, I did a great series for the US Geological Survey, you know, USGS and the Department of Interior, they provided me actual examples of their products. And I use those as a template I did the before after analysis where I, I modified their their work, apply my methodology so that you get the hard hitting impact. So I tailor my my workshops to what the client’s needs are. And people can also hire me for a 90 minute private counseling session, the master class, that’s everything I know everything I can share to include exercises. Here’s a horrible example of a letter that was a real letter that was soliciting investors and I turned that into I turned it upside down inside out and I show people how to how to recraft an argument how to structure an argument to actually target the audience and and succeed with what whatever your goal might be. So all of that is at www right to influence dotnet

Absolutely. And I’m going to be sure to get all those links into the into the show notes as well as the links you gave me earlier for like your LinkedIn, your Facebook, your Twitter and your Instagram account. So if anyone wants to learn more about and from Miss Curtin, retired colonel Karla de bass, they’ll be able to just click right over there. Any any words of wisdom? Oh my gosh, that almost sounds funny to ask any words of wisdom that you would like to share before we say goodbye?

Yeah, for for those of you who have kids in high school and kids in college, please encourage them to to either listen to this this broadcast or go check out the book or, or seek me out. Because this this really does change lifetimes. They’re not going to get it. I don’t think any other way I found nobody else that that’s teaching what I teach. And so you know, I just think of all those young lives that there’s so many opportunities out there but but they need to learn they need to learn how to write like this. So that’s my plea through you to your audience. If you have young young people just entering the workforce, this this makes such a difference.

EP 132 Colonel Carla Bass The Importance Of Writing Powerfully In Business And Life
What Can You Learn About Improving Your Writing From An Egg? 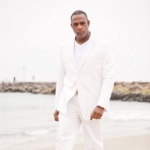 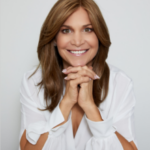